Before it became The Green in 2009, Netherton Farm had been the home to the Horrell’s growing farm enterprise for 4 generations over a period of about half a century.

During WW2 Douglas Horrell the 3rd generation of the Horrell family was at the helm, having survived the great depression of the 1930’s and with the need of all workable land being used to produce every possible bite of food lead to a change in the farms focus with the government policy changed to specifically encourage the expansion and intensification of agriculture Netherton followed this trend with acreage rising from 90 to 300 acres by 1960, supporting 40 dairy cows, 1000 pigs, 50 sheep as well as 50 acres of grain and 35 of potatoes.

By 1960 the South Devon cows had been replaced by high yielding black and white Friesians. In 1981 the decision was made by the horrell family to set up a milk bottling enterprise, which was followed by the arrival of the award winning  nettle covered Cornish Yarg cheese in 1983. Yarg cheese together with a visitor center for the general public was on site until the Harrell family decided to disperse the family business in 2006.  From 2006 the production of Cornish Yarg was moved to west Cornwall. 14 acres of Netherton Farm was purchased by Mike and Moira and The Green Was Born now a luxury five star self catering cottage complex and wedding venue. 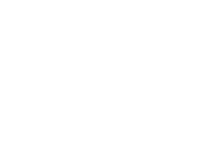